skip to main | skip to sidebar

The Darlings Of Chelsea's: Panic Is Worse Than The Emergency 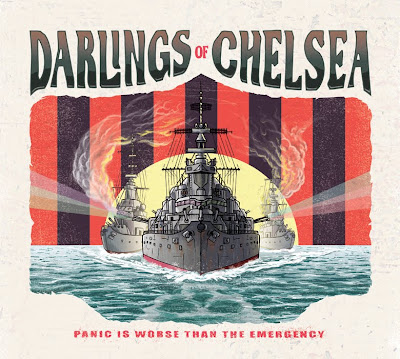 Remember when people said rock’n’roll was dead? It wasn’t. It still isn’t. You may have to search though ninety percent of all the “rock’n’roll…ick” that is commercially available but it is there. You can stop looking though, I have found it. It was hiding… hiding in the minds and fingertips of the anthemic soulful Toronto rockers the Darlings of Chelsea.

In mid-2009 the Darlings of Chelsea released their debut record ‘The Mimico Sessions’. This record was a six song ep that featured then vocalist Sean Robertson. I remember at the time thinking this band was going to take over the world. It was THAT great. When Robertson departed from the band, the remaining four went on to form the power quartet you now know. Lead guitarist Paul Thompson stepped into the front man and vocal duties naturally and with the greatest of ease. Thompson along with his rock’n’roll terrorist friends/brothers/band mates, bassist Robbie Ruckus, guitar player Jay Millette and drummer Chris Nova have now put out a back to basics, balls to the wall AUTHENTIC rock record with ‘Panic Is Worse Than The Emergency’ last Tuesday.

Although this is the Darlings first full length piece, these gentlemen are no amateurs. Know this; these four men have rocked the independent and mainstream circuit for some time now. They have toured the globe with their previous bands like Robin Black, The Black Halos, CJ Sleeze, Kill Cheerleader and Scratching Post. They know exactly how to do this. The Darlings are already garnering attention nationally as well as in the US getting attention from the CBC, SXSW and countless articles and interviews.

This record is classic rock but still fresh all at the same time. It’s not that tired ass shit you hear at your local state fair. Sometimes when you’re working for the weekend you wonder how the singer still fits in those red leather pants. Not these guys. No stale hoagie poggie crap here. ‘Panic Is Worse Than The Emergency’ is volatile, freewheeling aggressive yet fun eleven songs in thirty four minutes.

From the steady chug-a-long fist pump ‘Lucky Ones’ which opens the record to high octane high energy ‘No Rescue’ to an almost power-pop song like ‘Call To Arms.’ This album is everything it should be. It’s loaded with killer background vocals, sing-along gang vocals, ripping guitars, machine gun drums, solo’s that will blow your doors off and bass lines that will knock your fun parts to the floor. ‘Panic Is Worse Than The Emergency’ is an honest rock record that you, the kids, will cry for. I am going on four days straight of non-stop listening myself. If you think anything less of the product than I do then we can’t be friends… but you won’t, I guarantee it.

Stream the entire album below courtesy of your friendly neighborhood Darlings. If you like what you here please do go to itunes and pick it up and please don’t miss out on their cross-Canada tour which starts Sept 23. Oh, and I am telling you now you will dig this!

Panic is Worse than the Emergency - FREE FULL ALBUM STREAM !!! by Darlings Of Chelsea

Posted by Kent Rocks: co-editor/blogger of SPUN - http://www.spun-music.blogspot.com at 10:06 AM

Labels: darlings of chelsea, Panic Is Worse Than The Emergency 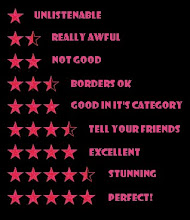